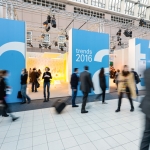 In keeping with its overall 2016 theme of Dining, Living and Giving, this year’s Ambiente Consumer Goods Show featured four key directions in its Trend Exhibit.

The first was Artisanal Gardening, which showcased deep late-summer hues. This palette spoke of the carefully chosen contents of a garden gradually being brought indoors as the time for harvest approaches. In addition to herbs and spices, found and vintage objects helped to personalize this return to the garden as the immediate source for meeting one’s particular tastes.

Originality and authenticity were the keynotes of this trend, along with some throwback to hippy and folk cultures. The elements of wood, stone and glass dominated. Whether depicted in indoor vases or on intricately embroidered toss pillows, there was nothing staid or manicured about the artisanal garden. Rather, tall, as well as small, functional plants bloom at many levels, swaying with the breezes against a summer sky. 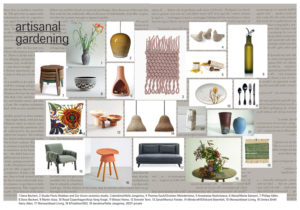 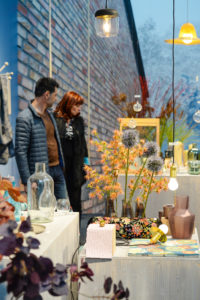 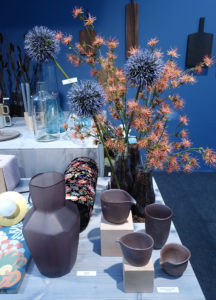 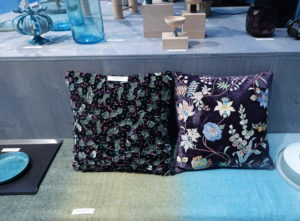 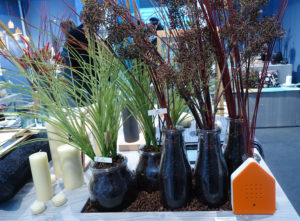 The second of these trends was Futuristic Couture, an ingenious pairing of traditional crafts and futuristic 3D printing and layering. The palette was limited to blues, limey greens, lavender, gray and silver. Heavy use of mirrored glass and silver gave this trend a sleek, science-future feel. Materials appeared hypermodern with crystal effects. Couture glamour was expertly juxtaposed with synthetic color nuances to capture a world of surreal luxury items. 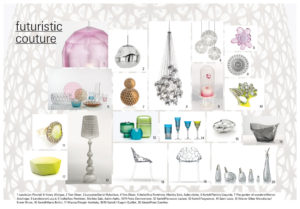 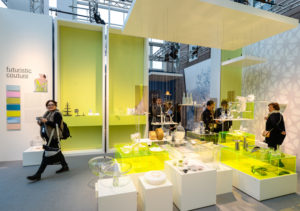 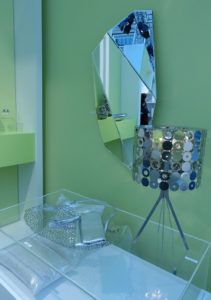 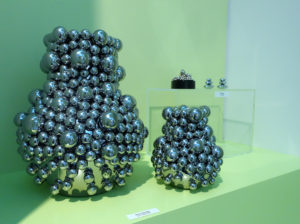 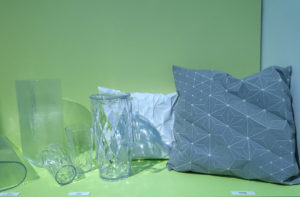 Functional Simplicity was the third Ambiente trend. With a seven-hue palette going from whites, tan and gray all the way to black, the trend offered a quasi monochrome ground against which the finest minimalistic designs could be showcased. Taking its inspiration from the fields of architecture and sports, this trend was sober, while exuding a sensual kind of perfection. 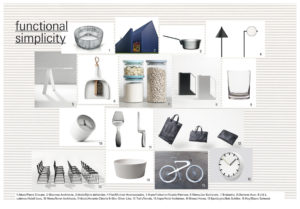 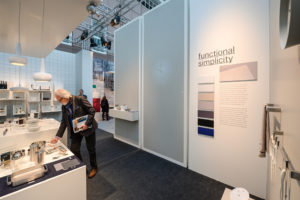 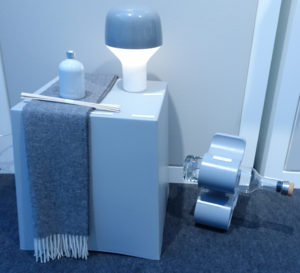 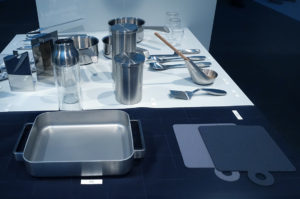 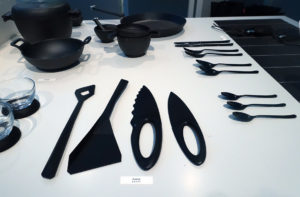 Fourth on the list of Ambiente trends was Composing Freedom. Considered the least conventional of the directions for the coming year, it was packed with contradictions and surprising arrangements. Colorful chaos reigned here in a palette as filled with bright red, yellow and blue as it was with urban neutrals. Showing influences of both street style and the 1980s, this youthful trend embraced individuality and a sense of the carefree. 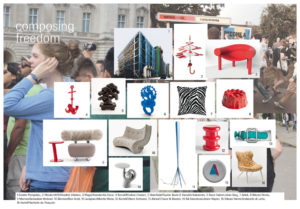 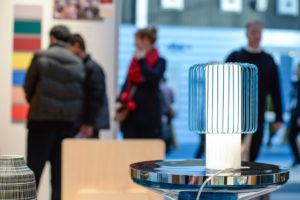 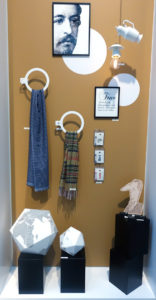 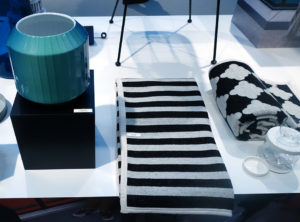 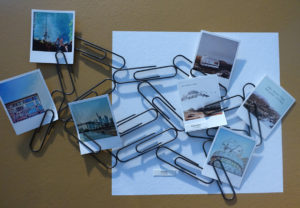