Who would have guessed two years ago that knots would have such a prominent place in décor? But as a swing back toward 1970s style took hold for home interiors in 2015, macramé swept back into trend. It appeared in chairs, wall hangings, pot hangers and more, confirming The Trend Curve‘s forecast from nearly three years ago. Consumers loved these textural yarn or rope pieces so much that they began to use knots in other styles, too. Today, macramé techniques are as likely to be found embellishing cushions styled for global trends as they are to be seen in hanging terrariums with a retro-70’s vibe. 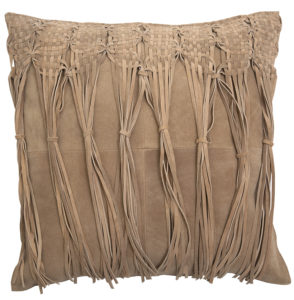 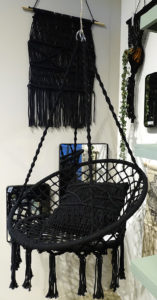 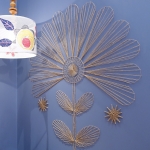 String art originated in the craft market. While this look is still incoming in everyday décor, winding yarn, leather, rubber or rope around pegs is clearly headed for the mainstream. String art has already emerged for interiors in wall art, within panels of room-divider screens and as decorations on cabinet fronts. 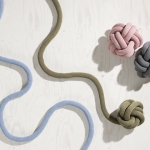 How will these trends evolve? Hints of a next step appeared two weeks ago at the Maison & Objet trade fair in Paris, and they came from visual display as often as they did from product design. A number of companies wound rope, metal, net or cord around new pieces in an eye-catching technique that sometimes looked simple, primitive or rustic, yet could also appear edgy, contemporary and modern.

One maker even created a cushion that looks like a knot.

Here are a few items that were all tied up in Paris: 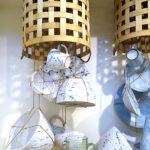 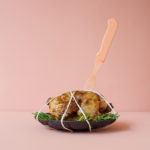 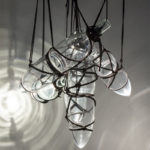 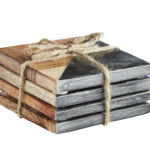 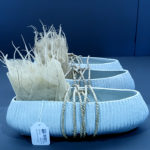 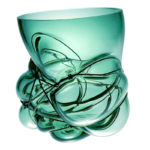 The Trend Curve‘s complete trend report about the colors, directives, materials and motifs that mattered at Maison & Objet (including more than 125 pictures) ships on 9/19/16 for Members of The Trend Curve’s subscriber family who have already preordered. Any Member can still get their preorder in at special prices by emailing Janice today or tomorrow. The report will be released to the general public on 9/20/16.